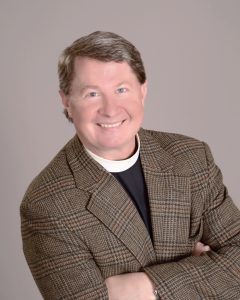 THE REV. DR. HARRISON McLEOD is Rector of Christ Church Episcopal in Greenville, South Carolina. He previously served as Assistant Rector at All Saints Episcopal in Birmingham, Alabama and as Rector of Church of the Good Shepherd in Decatur, Alabama. Harrison served as Rector of Christ Episcopal in Tyler, Texas for four years before accepting the call to Christ Church. Upon completion of his B.S. degree in Psychology from the University of Alabama, he worked several years in both New York City and Birmingham before entering Episcopal Seminary of the Southwest, where he received his Master of Divinity degree. Harrison recently received his Doctorate from Virginia Theological Seminary.