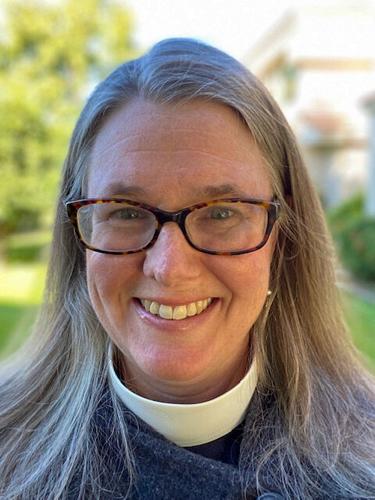 The Rev. Elizabeth Roles was called to serve as the rector of St. Philip’s Episcopal Church in January 2021.

Born and raised in Charleston, W.Va., Roles holds a Master of Divinity degree from Candler School of Theology at Emory University, an undergraduate degree in anthropology from Tufts University, and a diploma in Anglican Studies from General Theological Seminary. She and her 12-year-old son Thomas Mauldin-Roles are now living in Brevard along with their dog, Jet, and their cat, Kitty.

Roles comes to Brevard from St. Barnabas-on-the-Desert in Scottsdale, Ariz., where she served as associate priest and helped build a dynamic ministry of pastoral care led by lay (non-clergy) church members. Previously, she was co-leader of Emmaus House and Emmaus House Chapel, an inner-city mission of the Episcopal Diocese of Atlanta; she also served as an assistant at St. Mark’s Episcopal Church in Dalton, Ga.