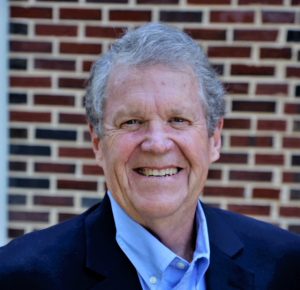 The Rev. Dr. Jim Wooten is currently serving as the Interim Pastor at Greenville’s Earle Street Baptist Church, where he previously served as Senior Pastor from 1987 – 2008.   Following his service at Earle Street, he served at the Baptist Church of Beaufort (SC) from 2008 – 2019 and has preached at multiple churches in SC since his retirement.   He earned his Masters of Divinity and Doctor of Ministry degrees from The Southern Baptist Theological Seminary in Louisville, KY and his Bachelor of Arts degree from the University of South Carolina.   Jim was awarded the Order of the Palmetto, South Carolina’s highest civilian award.   During the pandemic, Jim authored a memoir called The Suicide’s Son about the dramatic events leading up to the death of his father.